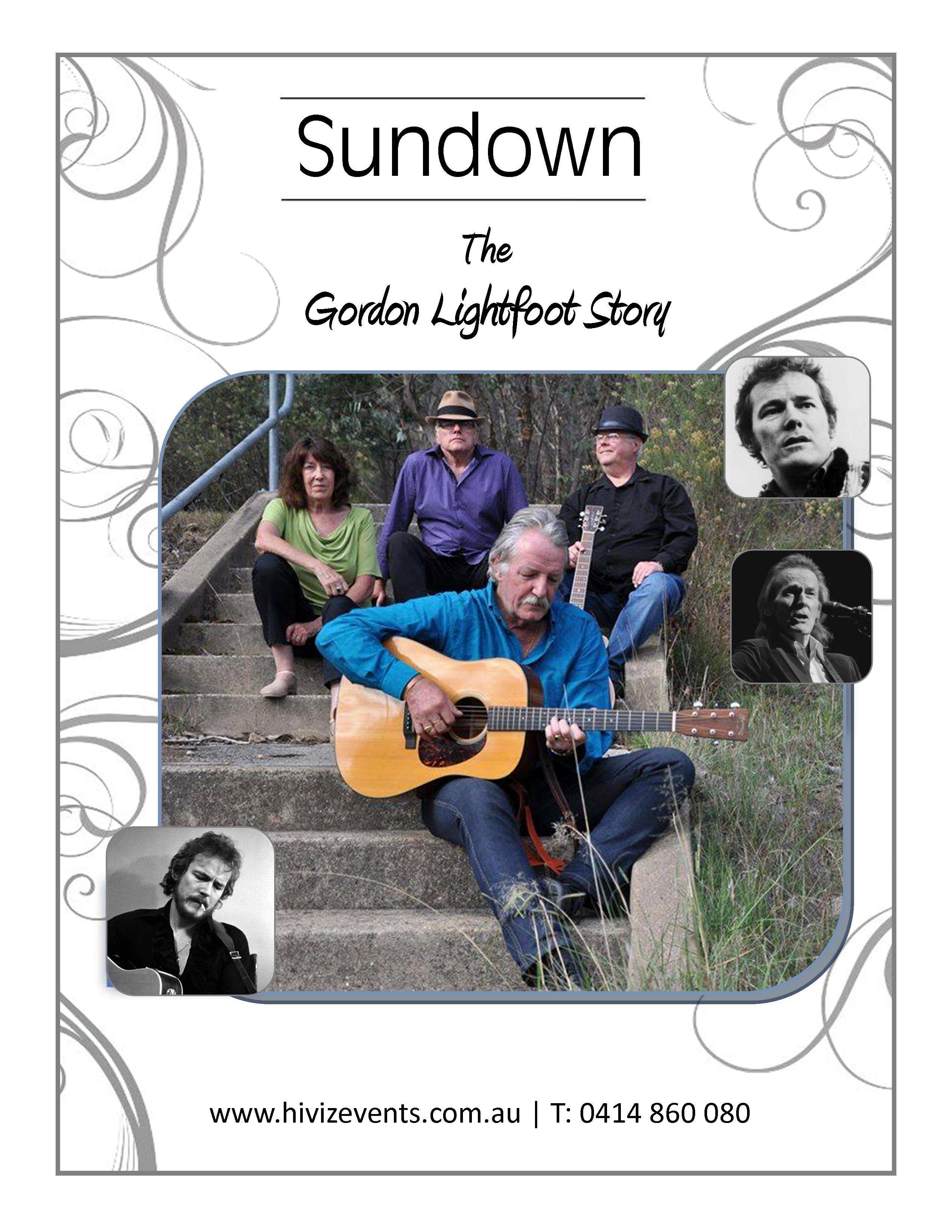 It has been forty-two years since the great Canadian singer/songwriter Gordon Lightfoot toured Australia. In 2015, he celebrated fifty years of touring down the Carefree Highway but the reality is, in his advancing years, he is unlikely to ever tour Australia again as he approaches the Sundown of his magnificent career.

Lightfoot has written and recorded such timeless classics as If You Could Read My Mind, Rainy Day People, Sundown, The Wreck of the Edmund Fitzgerald and Early Morning Rain to name but a few.Many of his songs have been covered and made into hits by some of the most famous artists of our time including Elvis Presley, Barbara Streisand, Johnny Cash, Anne Murray, Marty Robbins and of course, Peter, Paul, and Mary. None other than the great Bob Dylan once famously said that whenever he hears a Lightfoot song 'he wished it would last forever'.

Five good friends from the Wollongong/Canberra areas decided to get together to celebrate the great Canadian's life and times through his own music. Don't miss this night of the famous Canadian's best songs in three part harmony along with narrative and footage.